The Ukrainian Cities: The Centre Of Gravity In The Russia-Ukraine War

As the war not promising fast and swift victory for the Russian forces, Kremlin started to implement strategic calculations which can serve Russia’s vital interest. From the multi-front war operations, Russia turned to focus on military operations along the Sea of Azov and the Black Sea. 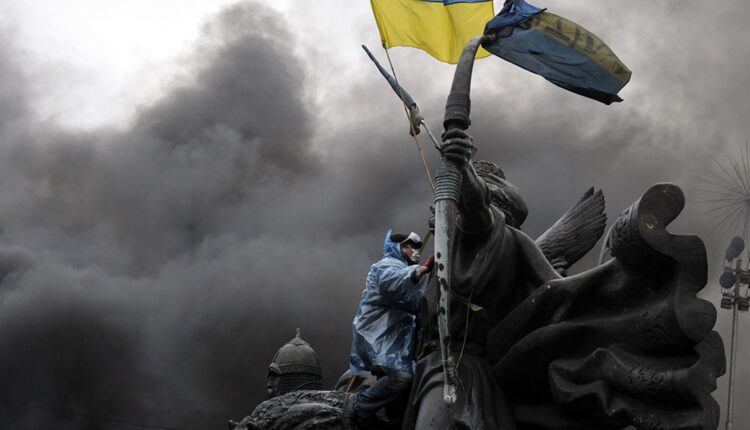 Department of IR, Law and Security

Faculty of Defence Studies and Management

(DEFENCE SECURITY ASIA) — Since 19th century, “Centre of Gravity” (COG) propagates by Clausewitz occupies a prominent place in the western war history. In most war theatres the concept is applied by adversaries to maximize probabilities of winning the war.

The strategic concept, Centre of Gravity or “Schwerpunkt” appears about 40 times in Clausewitz’s work On War. According to Clausewitz, “a Centre of Gravity is always found where the mass is concentrated most densely. It presents the most effective target for a blow; furthermore, the heaviest blow is that struck by the COG” (Chapter 27 in Book 6).

Clausewitz describes the COG as the point where all forces must be directed during the war, a seemingly singular point of focus. Michael Howard and Peter Paret (1976, 1984) translation of On War describe the COG as “hub of all power and movement, upon which everything depends”. In short, the COG can be found wherever the forces are most concentrated.” Studying Clausewitz’s COG conception helps to understand Russia’s military strategy in the war against Ukraine. Russia’s strategy focuses on the COG when they declared war over Ukraine on 24 February 2022. Russia invaded Ukraine from multi-fronts, from Belarus in the north, Donbas in the east and Crimea in the south.

Since the first day of war, until today, Russia targets on the Ukrainian cities, which are COGs in the war theatre. Attacking cities, destroying cities, paralysing cities or neutralizing cities become Russia’s war strategy in Ukraine. The UK Ministry of Defence says that Russia pursues strategy of attrition, which could result in increased civilian casualties and greater destruction of cities in the coming days.

As the war not promising fast and swift victory for the Russian forces, Kremlin started to implement strategic calculations which can serve Russia’s vital interest. From the multi-front war operations, Russia turned to focus on military operations along the Sea of Azov and the Black Sea.

In order to achieve the end of the operation there, Russian forces need to conquer the Ukraine’s main cities along the shore of Sea of Azov and the Black Sea.

These cities are the COG in the Russia-Ukraine War. For fulfilling the purpose of this article, the author focuses on cities, such as Kherson, Mykolaiv, Odessa, Mariupol, Melitopol, Chernihiv, Sumy, Kharkiv, and Kyiv to analyse the Russian strategic calculations.

Kharkiv is the 2nd largest city of Ukraine, with 1.5 million people, located 20 miles from the north-western border between Ukraine and Russia. Kharkiv is the early target of Russian forces. Russian forces bombardment devastated the city’s downtown core. Thousands of city residents continued to take shelter in the underground train stations, scaring by Russia’s air strikes. This city is a key stop for major rail corridor, with highways connecting the west Ukraine and the Russian highway system, explains the character of the COG.

The Battle of Kharkiv is an ongoing military engagement in and around the city as part of the north-eastern Ukraine’s offensive strategy. Kharkiv is a strategic city in Russia’s calculation to establish an independent land corridor in the north-eastern border. If the city falls to the Russian forces, Kremlin would be able to establish an independent territory to be merged with the Donbas region. The north-eastern land corridor merged with the Donbas region would be an enclave to function as a buffer zone of Russia in the future. Sumy is the administrative city of the Sumy Oblast, located in the north-eastern part of Ukraine within the central Russian Upland and in the historical region of Slobada Ukraine, on the banks of Psel River. Sumy is just 30 miles away from the Russian border. The Battle of Sumy started when the Russian military invaded Ukraine on 24 February 2022 and ended on 4 April 2022, when Russia withdrew all its forces from Sumy Oblast.

Kyiv is the capital city and largest city of Ukraine with population of about 3 million people. Kyiv located on the Dnieper River in north-central Ukraine. On March 14, Russian missiles struck Kyiv. Kyiv is the important territorial target for Russian forces.

In the early phase of the war, 40 miles long column of Russian armoured and military vehicles has been lined up toward the north-western part of the city. From there the Russian forces planned to capture the city. If Kyiv falls, Russia can weaken Ukrainians’’ psychology and they can capture other cities with less difficulties. Institute of the Study War (ISW) says now Russian military forces abandoned the attack on Kyiv and withdrawn from the capital into Belarus. Russian forces started to focus on annexing the north-eastern corridor and the south-eastern corridor. In establishing an enclave of merged corridors, Russian forces desperately move to occupy the major cities in those corridors.

Mariupol is located between the Donbas region and the Crimean Peninsula, around 40 miles from Russia’s border. Mariupol’s coastline is the key target of Russian forces. By March 6, the city collapsed in the hands of the Russian forces who invaded from the Crimean Peninsula. Mariupol is the most heavily bombed and damaged city in Ukraine. The BBC (21 March 2022) outlines four main reasons why Russia taking the port city.

By taking over Mariupol, Russia secures a land corridor between Crimea and Donbas, able to control the Black Sea coastline and isolate Ukraine without sea access. Kremlin could create a corridor between Russia, the Donbas region and the Crimea and take full control of Sea of Azov. Secondly, Russia able to strangle Ukraine’s economy by controlling the Sea of Azov, a thruway where Ukraine was exporting agricultural products and other commodities such as coal and steel. Thirdly, Russia would get propaganda opportunity to manipulate the Azov Brigade (far right extremist including neo-Nazi of Ukraine) movement to demonstrate to Russians that war is to fight against the Neo-Nazis (information warfare).

Lastly, Russia’s winning in Mariupol is a moral boost for Russia, but it would be a major blow to Ukraine militarily, economically and psychologically. In the last few days, Russian forces achieved strategic control over critical parts of the city. However, they failed to swiftly take over the city, they scaled up bombardment and siege on the city. Ukrainian forces still control some parts of the city like the large steel plants. Kremlin also tempted not to miss the Ukrainian steel production here. If Mariupol falls, the Russian forces would be able to advance toward Ukraine territories west of the Donbas region and Dnipro at the Dnieper River. Mykolaiv is Ukraine’s 3rd most populous city, located in Ukraine’s Steppe region, 40 miles from the Black Sea, along the estuary of the southern Bug River. This is a ship-building city and a steppingstone for the Russian military advance to Odessa. Mykolaiv is an important transportation hub of Ukraine, owns seaport, commercial port, river port, highway and railway junction and airport.

The city was founded under the Russian Empire as a shipyard. It was the home for Russian Black Sea Fleet for decades and served as military industrial complex for the Empire. After WW II, Mykolaiv was one of the main ship building centres of the Soviet Union. It is key port for Ukraine’s military fleet. In the war, the city become key battle ground in Russia’s effort to capture Ukraine’s southern coast and cut off Ukraine’s access to the sea. The Russian forces turned to Mykolaiv after they seized Kherson.

The Guardian (14 March 2022), says by controlling Mykolaiv, Russia would be able to reach Odessa, 80 miles to the west, and then the Ukrainian land bordering Transnistria – the breakaway republic of Moldova. The Russian army invaded the city from the Crimean Peninsula. Ukrainian forces in the city thwarting advance of Russian forces toward Odessa. Kherson – Mykolaiv – Odessa is the strategic route the Kremlin is targeting in order to conquer the Black Sea land corridor. Odessa in the administrative city of the Odessa Oblast, located strategically along the northern coast of the Black Sea. The length of Odessa oblast coastline is 190 miles with eight seaports, such as Port of Odessa, Port Yuzhne, and Port Chornomorsk. In history Odessa is called as the “pearl of the Black Sea” (under the Russian Empire and Soviet Union). The Russian missiles attack over the city started on 24 February. By 3rd April, Odessa’s strategic port was bombed. The Battle of Odessa continues, but the city is under the control of the Ukrainian forces. The Ukrainian cities are the COG in the war theatre. In the recent war strategy, Kremlin “abandoned” the occupations of the north-eastern cities; Chernihiv, Sumy and Kharkiv. Does Kremlin postpone the creation of north-eastern land corridor for time being? The Russian forces increase missile air strikes over the south-eastern cities along the sea of Azov and the Black Sea, in order to establish strategic land corridor which can cut off Ukraine from the sea access, refusing Ukraine’s naval power. We can assume that by the end of the war, Ukraine’s sovereign territory would be shrank. Ukraine would lose the most strategic part, the land corridor along the Sea of Azov and the Black Sea. How much territory Ukraine would lose is still a question? In the Russia-Georgia War 2008, Georgia lost 20% of territory to Russia. We can expect Russia would take more than 20% of territory from Ukraine. We must wait to see the new Ukraine in the world map. — DSA