Clausewitz in his masterpiece On War (Vom Kriege1832) clearly asserts that “No one starts a war – or rather, no one in his senses ought to do so – without first being clear in his mind what he intends to achieve by that war and how he intends to conduct it”. 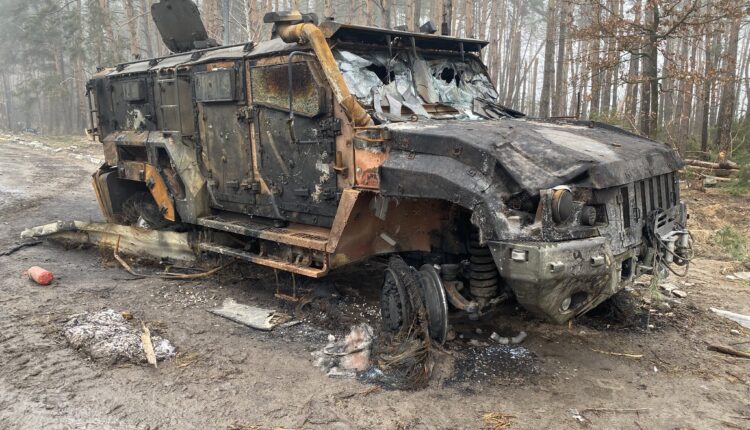 By Dr Nor Aishah Hanifa

Senior Lecturer in the Department of International Relations, Security and Law in the Faculty of Defense Studies and Management at the National Defense University of Malaysia (NDUM). 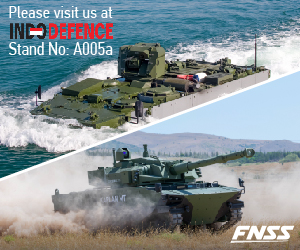 (DEFENCE SECURITY ASIA) — Clausewitz in his masterpiece On War (Vom Kriege1832) clearly asserts that “No one starts a war – or rather, no one in his senses ought to do so – without first being clear in his mind what he intends to achieve by that war and how he intends to conduct it”. Clausewitz’s work helps to analyze on national interest; what Russia intends to achieve through this war and what is the position of NATO, the US and Europe.

His realist thoughts help to explain why NATO and US refrain from the war. Significantly Clausewitz’s work established the national interest causal explanation of Russia, Ukraine, NATO, US and Europe’s stand in the war.

Prior to the war, Ukraine’s President Zelensky urged NATO and the US for a military support to secure Ukraine. Numerous warnings were issued against Russia’s aggression and President Vladimir Putin. Undoubtedly, NATO, US, and Europe made miscalculation about the war. At one point they believed that war can be avoided with diplomacy and coercion. They also miscalculated the intensity of the coming war. They calculated a limited war between Russia and Ukraine, which could possibly end with political demands from the belligerent, followed by ceasefire and withdrawal of the belligerent (Russia). Their rational calculation was Ukraine war might be ended like the Russia-Georgia War in 2008. They miscalculated that the war in Ukraine will prolong.

After the Bucharest Declaration (2-4 April 2008), Russia launched a military operation against Georgia in August 2008. Allies agreed at the Bucharest Summit that Georgia will become a NATO member, provided it meets all necessary requirements. This decision has since been reconfirmed at successive NATO summits. Russia started a military operation against Georgia from August 1, 2008, to August 12, 2008. Russia recognized Abkhazia and South Ossetia as independent states.

Russia’s objective here is to reassert its sphere of influence over the former satellite nations of the USSR. Russia perceives Georgia as the vital interest in the region. Through use of force, Russia taught a lesson to Georgia not to enter NATO. Russia occupied 20% of Georgia’s territory. There was a clear political demand from Russia. After the war, scared by security dilemma, Georgia continues its aspiration to be absorbed within NATO. Unfortunately, the Russia-Ukraine war could disrupt Georgia’s pro-NATO policy. Also, the war is a forceful caution for other former Soviet satellite nations to refrain from the western block. Russia has serious concern over expansion of NATO along its border, especially to the former Soviet satellite nations. In the Cold War, those states functioned as a buffer zone between Russia and the western nations. NATO is a major threat to Russia’s national security since the Cold War. Even though the Cold War ended, Russia’s strategic interest in the region is still intact. The legacy of the Cold War is still boiling to influence Russia’s vital interest verses the US peripheral interest in the region. Vital interest relates to vital issues (dangerous); serious harms likely result to the state unless strong measures, including the use of conventional military forces are employed to counter an adverse action by another state or deter it from undertaking a serious provocation. Meanwhile, peripheral interest relates to peripheral issues (bothersome); the well-being of the state is not adversely affected by events or trends abroad, but the interest of private citizens and companies operating in foreign countries are endangered.

Russia’s fear and security dilemma partly induced by NATO and the US as assert by Professor John Mearsheimer, a famous neo-realist. NATO’s expansion eastward and the US approval perceived as a threat by Russia. Removing NATO from its border region become Russia’s vital interest in the region. As a regional power in Eurasia, Russia draws the sphere of influence to ensure its survival vis-à-vis the western systems. For NATO, US and Europe, Ukraine is the “bread-basket of Europe”. Ukraine supplies Europe with iron, steel, mining products, agricultural products, chemical products, and machinery. Ukraine is the key route for Russian gas to Europe. Furthermore, Ukraine showed great enthusiasm to join the European Union. Russia attacked Ukraine and the war extended to occupy the entire Ukrainian territory. Ukraine has a special significance in Russia’s strategic interest. The geo-strategic location of the Crimean Peninsula at the Black Sea, the naval base at Sevastopol, richness of its minerals, Ukraine’s industrialized economy, the fertile land and agricultural production, and the mild temperature are vital to Russia’s national interest during the Russian Empire era and the Soviet era.  These factors can explain why Russia carried out such an extensive war against Ukraine, breaching the international law. Russia utterly refuses to accept the fact that Ukraine falls in the hands of NATO, means there is an intense threat to Russia’s supremacy in the Black Sea region and Russia’s future in the Crimean Peninsula (Russia annexed Crimea in 2014). Losing Ukraine to the western sphere of power is a vital issue for Russia.

In the case of Georgia, NATO abstained from intervening directly against Russia. NATO’s policy and the US foreign policy are clear to consider that Georgia is the peripheral interest, explaining their strategic behavior. Similar strategic behavior is demonstrated in the Ukrainian war. Ukraine is not a NATO member to be bind by the Charter. Article V reads, “The parties agree an armed attack against one or more of them in Europe or North America shall be considered an attack against them all”. The assumption is NATO would react if one of the members attacked by a belligerent. Russia made rational calculation to carry out the attack before Ukraine enter NATO. Pressure over Russia would be unbearable if Ukraine is a NATO member. Also, it is difficult to determine whether NATO and the US would intervene in the war, even when Ukraine is a member of NATO. Europe’s security is a vital interest for NATO, and the US, the major objective NATO was formed in the Cold War era as a shield to protect Europe from the Soviet expansion. Obviously, the Article V of NATO is hard to be implemented to secure Ukraine, even they hold the NATO’s membership.

The consequences are notoriously severe for NATO, US, and Europe. Possibility eruption of a nuclear war can be deadly threat to the world. When the war broke out, Putin began the nuclear alert to create deterrence factor. In order to protect the vital interest, NATO, US, and Europe abstain from the war. This strategic behavior explains Ukraine is the peripheral interest and forced the western powers to choose other means of coercion against Russia (rational calculation). They also started to supply military procurements to Ukraine to wage a proxy war against Russia. Ultimately, security of Europe is the vital interest. Nuclear deterrence complicates the Article V implementation in all possible war situations. Clausewitz’s vital interest and peripheral interest conceptions are guiding Russia, NATO, US and Europe to make strategic decision in the war. These conceptions guided them, how far they can involve in the war, how far they can mobilize forces, probability, limitations, frictions, uncertainties, and how long the war can be conducted. Ukrainians are devastated when their plights for Ukraine’s security failed. Ukraine’s survival interest is in question. In the recent news update, Ukrainian leader Zelensky announced that Ukraine will opt for neutrality to preserve Ukraine’s sovereignty and to end the war

Zelensky indeed answered what Putin expected to achieve out of this war. International law and ethics are less powerful to control behavior of nations in conduct of the war. Power and national interest always stay relevant in international system. War is fought by Russia because Ukraine is Russia’s vital interest. NATO, US and Europe abstain from the use of force because Ukraine is a peripheral interest. Security of Europe is the vital interest for them. Avoiding a nuclear war in the European theatre is a rational calculation of the war from the western perspective. As Clausewitz famously wrote “War is nothing more than the continuation of politics by other means…For political aim is the end and the war is the means, and the means can never be conceived without the end” (Book 1, Chapter 1). — DSA

Dr Nor Aishah Hanifa is Senior Lecturer in the Department of International Relations, Security and Law in the Faculty of Defense Studies and Management at the National Defense University of Malaysia (NDUM). Her first book is The Power of AIPAC, US-Israel Special Relationship and the Future of the Palestinian State in the Middle East published