The F-15K upgrade aims to improve the mission capabilities and survivability of the fighter. It includes the installation of an Active Electronically Scanned Array (AESA) radar, a new electronic warfare suite, and an updated mission computer 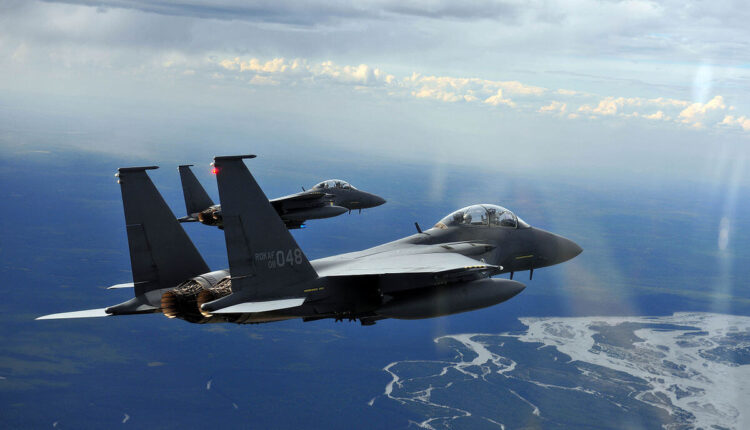 (DEFENCE SECURITY ASIA) — South Korea has approved several projects to bolster its air defense, including an upgrade of its F-15K fighter fleet and the acquisition of new aerial refueling tankers. The projects were unveiled on December 28, 2022, by the Defense Acquisition Program Administration (DAPA).

The F-15K upgrade aims to improve the mission capabilities and survivability of the fighter. It includes the installation of an Active Electronically Scanned Array (AESA) radar, a new electronic warfare suite, and an updated mission computer. 3.46 trillion won (US$2.73 billion) were earmarked for the modernization of the fighter fleet, which should run from 2024 to 2034.

The F-15K ‘Slam Eagle’ is a variant of the F-15E specifically developed for the needs of the Republic of Korea Air Force (ROKAF). 59 F-15K fighters are currently in operation.

The ROKAF expects to fly the jet until 2060. In February 2022, the South Korean government awarded Boeing a new contract to provide support and operational readiness to its F-15K fleet.

The F-15 Strike Eagle first entered service in 1976 for the United States Air Force. The fighter jet, dedicated to air superiority, has been regularly updated over the years. Initially expected to be retired in the 2020s, the aircraft was instead developed into yet another iteration, named the F-15EX Advanced Eagle, which provided a much-needed technological leap for the aging airframe.

A second project unveiled by DAPA is the acquisition of foreign-made air refueling tankers between 2024 and 2029 ‘to ensure the continuation of air operations of fighter jets and to secure additional tankers to carry out long-distance airlift missions.’ The procurement was valued at 1.2 trillion won ($950 million).

DAPA did not disclose the type or the number of tankers that are being considered. The most likely candidate is the Airbus A330 MRTT, as the ROKAF already operates four of these European-made tankers. However, the Boeing KC-46 Pegasus could also be considered. — AEROTIME HUB