The appointment of military chiefs is a sensitive issue. The military has a history of restiveness, failed coup attempts, corruption scandals and has faced accusations of human rights violations. Efforts have been made for years to instill professionalism in the military and insulate it from the country’s traditionally chaotic and corruption-tainted politics. 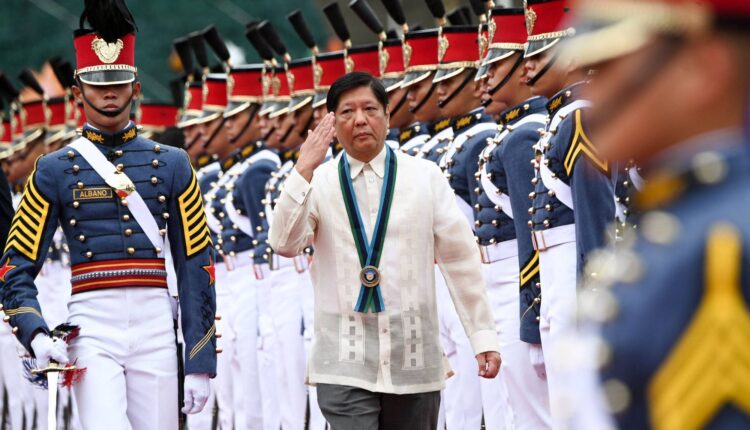 (DEFENCE SECURITY ASIA) — Philippines President Ferdinand Marcos Jr cut short the term of the military chief of staff he appointed five months ago and replaced him with a retiring general without explaining the surprise move.

Marcos’ office announced the replacement of Lt-Gen Bartolome Bacarro (pic), who had received the highest military award for combat bravery as a young army officer.

A statement late Friday did not specify any reason for the change in military leadership.

Bacarro’s three-year term was supposed to end in August 2025.

The appointment of military chiefs is a sensitive issue. The military has a history of restiveness, failed coup attempts, corruption scandals and has faced accusations of human rights violations.

Efforts have been made for years to instill professionalism in the military and insulate it from the country’s traditionally chaotic and corruption-tainted politics.

Lt-Gen Andres Centino, the military chief of staff who Bacarro replaced in August last year, was installed by Marcos to the top post of the 144,000-strong armed forces.

Centino, who was due to retire next month, was chosen over a dozen senior generals and will have a fresh three-year term.

Asked for reaction on his removal, Bacarro told reporters without elaborating Friday night in a text message that the military would support the new chief.

A new law that took effect last year fixed the term of the military chief of staff to three years to allow a top general more time to initiate reforms and press a years-long campaign to modernise an underfunded military confronting communist insurgencies and increasingly aggressive actions by China in the disputed South China Sea, where the Philippines lays claim to contested islands, islets and reefs with other coastal states. In a turnover ceremony at the main military camp in the capital yesterday, Bacarro handed a saber symbolising military leadership to Centino and thanked the military, his family and the president.

Marcos did not attend but was represented by his close advisers, including Executive Secretary Lucas Bersamin.

Bersamin stressed in a speech he was impressed by the smooth military leadership transition, which he said should be emulated by politicians to avoid disruptive post-election unrest like what has happened in America.

“Continue with this tradition, where you respect each other, where you give so much consideration to the qualifications of your fellow officers in order to enable your organisation … to move forward instead of looking back,” Bersamin said.

Marcos, he said, had asked him and other key presidential advisers to show the “highest respect” to Bacarro for his battlefield exploits and hinted the general may be given another government post after the end of his military career. In 1991, Bacarro received a medal of valour for thwarting an attack by about 150 communist guerrillas on a northern Philippine town despite his smaller force.

Wounded in the thigh by rebel fire, he commandeered a dump truck and rammed a fence to allow government militiamen, who were pinned down, to escape.

His sudden removal follows a decision by the national police chief, Gen Rodolfo Azurin Jr, to tender his resignation on Thursday after Marcos’ interior secretary appealed to nearly 1,000 police generals and colonels to quit and allow a committee to investigate and weed out top officials involved in illegal drugs.

Azurin asked top police officials to support Interior Secretary Benhur Abalos’ drastic move. But he added some generals opposed the call for them to resign within the month because they were not facing any criminal lawsuits and have not been linked to the drug trade. — AP