Why Does Ukraine Want Patriot Since This System Failed To Detect A Suicide UAV In Saudi Arabia?

According to some sources, Washington is putting the final touches on a deal to provide Kyiv the Patriot missile system. Russian missile and drone assaults against Ukraine have increased recently. Patriot, though, is it a system that can effectively defend Ukraine? 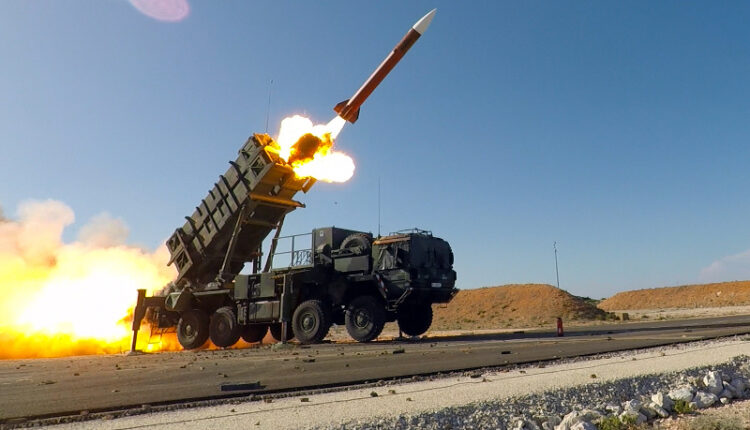 (DEFENCE SECURITY ASIA) — The US Army’s MIM-104 Patriot is a cutting-edge long-range air defence system that can strike hypersonic targets hundreds of kilometres distant while flying at great heights.

The Patriot, which was used in the 1991 Gulf War, can intercept both ballistic and cruise missiles, as opposed to older weapons that could only target fighter jets.

The Patriot system has since undergone a number of improvements and is presently outfitted with a high-resolution AESA radar that provides a 360-degree field of view.

The Patriot, however, does not perform well against tiny UAVs although it can effectively counter fighters, helicopters, cruise missiles, and ballistic missiles.

In 2017, Houthi forces used Qasef suicide drones to strike Patriot systems in Saudi Arabia. To disable the system’s radar for long enough for the incoming missiles to pass through, the UAVs specifically targeted it. Although there is significant debate about this strategy, the Houthis have recently carried out extremely successful long-range UAV attacks. These attacks primarily hit airports and oil refineries, sparking huge fires.

The Abqaia refinery attack in 2019 that resulted in the facility catching fire and having an impact on world oil prices was the most notable attack.

Abqaia is protected by the Patriot system, a Western defence official told Military Cognizance. It is unclear whether the issue stems from the Patriot’s radar’s capacity to identify low-flying tiny UAVs or originates from some other factor.

At the moment, Ukraine is also dealing with tiny suicide drones. According to the president of Ukraine, Volodymyr Zelensky, Russia received at least 2,400 Shahed-136 unmanned aerial vehicles (UAVs) made in Iran.

These UAVs were launched in a series to ensure that some of them would penetrate the air defence system and hit their intended targets.

The simultaneous launch of multiple UAVs costing several thousand dollars is nearly hard for the Patriot system, which costs over $1 million, to handle.

So, why is Ukraine so interested in the US Patriot system?

Before Russia began a military campaign, when the primary threats were fighter jets and missiles, Ukraine sought the US for Patriots. At the time, American authorities believed that it would be too time-consuming to train Ukrainian soldiers to operate the system.

US officials stated that it would require system operators in Ukraine, which is doubtful, in March when the Patriot supply issue was once more brought up.

Patriot won’t be able to stop recent UAV assaults, and it might already be too late to minimise harm to Ukraine’s electrical grid. Other technologies, most notably the interceptor UAVs now on the market, are thought by some analysts to be more successful in dealing with Russian UAVs. These small, inexpensive UAVs are made to combat larger, more expensive UAVs, which can deliver significantly greater quantities of payload than massive hypersonic missiles.

Patriot, on the other hand, will give the ability to handle future threats like ballistic missiles.

The striking message here is that the US appears more willing to equip Ukraine with heavier weapons as opposed to the Javelin and Stinger anti-aircraft missiles delivered in the early stages of the conflict, which is another benefit of the transfer of the Patriot system to Ukraine.

Along with F-16 fighters, combat tanks, and long-range missiles, the Patriot system is one of many pieces of military hardware that the US has so far put off sending to Ukraine. Patriot may be the first indication of a shift in the situation, and it’s feasible that Washington will provide Kiev with more advanced weaponry next year. — Military Cognizance