Aiming to drill 12 wells, the second phase of the Shenhai-1 project, located 200km off the coast of south China’s Hainan province, will boost the peak annual output of the block from 3 billion to 4.5 billion cubic metres, or equivalent to 90 per cent of Hainan’s natural gas consumption in 2021, China National Offshore Oil Corporation (CNOOC) said. 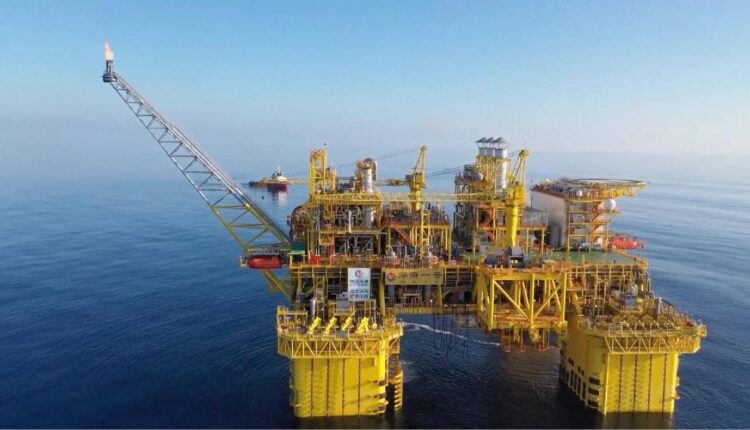 (DEFENCE SECURITY ASIA) — China has commenced construction on the second phase of its first independently run ultra-deep sea gas field, which may be an important source of natural gas to the Greater Bay Area, according to the country state media.

Aiming to drill 12 wells, the second phase of the Shenhai-1 project, located 200km off the coast of south China’s Hainan province, will boost the peak annual output of the block from 3 billion to 4.5 billion cubic metres, or equivalent to 90 per cent of Hainan’s natural gas consumption in 2021, China National Offshore Oil Corporation (CNOOC) said on Friday.

“The project will further promote the construction of a trillion-cubic-metre gas cluster in the South China Sea, and make a greater contribution to the ‘dual carbon’ transformation of the Guangdong-Hong Kong-Macau Greater Bay Area and the Hainan Free-Trade Port,” said Wang Dongjin, chairman of the state-owned energy giant, according to Xinhua.

The “dual carbon” target refers to Beijing’s pledge to peak carbon emissions before 2030 and achieve carbon neutrality by 2060. China sees natural gas as a transitional energy source while it shifts from traditional fossil fuels to renewables.

For the Greater Bay Area, the project is a crucial replacement for declining offshore gas supply and expiring pipeline contracts, and will improve reliability of the power system in the region, said Baihui Yu, a senior research analyst at S&P Global.

“The new supply will also displace some of the costlier sources of gas such as central Asia gas. It will improve the energy self-sufficiency rate to the region, which relies intensively on [liquefied natural gas] and pipeline gas imports,” Yu said.

Zha Daojiong, an international studies professor at Peking University, said gas from the Shenhai-1 field is likely to be sent via pipeline to Hainan island for consumption unless it produces volumes large enough to justify liquefaction.

“If it is going to be liquefied, then, for good reasons, the Greater Bay Area stands a good chance of benefiting in the form of more investment in city gas infrastructure,” Zha said.

Of course, that in turn can generate jobs and expertise in the gas industry chain.”

The project faces a number of technical difficulties, including the depth of water – nearly 1,000 metres – as well as high temperature and high pressure, according to CNOOC.

The depth of drilling, up to 5,000 metres, is significant by international standards, Zha said.

“Should it become successful and commercially viable, the Chinese company stands a good chance of winning contracts of oilfield servicing in other countries,” Zha said.

Despite efforts to boost domestic output, China is highly reliant on imported natural gas, both via pipelines and shipped in liquefied form, with import dependency above 40 per cent, according to data from the National Bureau of Statistics and General Administration of Customs. The Shenhai-1 field is within China’s territorial waters and beyond dispute with other countries bordering the South China Sea.

The US Energy Information Administration estimates that there are 11 billion barrels of oil reserves and 190 trillion cubic feet of natural gas reserves in the South China Sea, based on proven and probable reserves.

Most fields that have been discovered in the region are uncontested, close to the shorelines of different nations. But the region may have additional hydrocarbons in underexplored areas, though they are not considered commercial reserves at this time because it is unclear how economically feasible it would be to extract them, the US agency said. — South China Morning Post